On the Aegean Sea’s northern shore sits the stunning, lush Greek island of Thassos. Apart from being known for its beautiful landscape, the island is also famous for its history and the mythology that surrounds it. In this article, you will find out exactly why this island has to be a part of your visit to Greece.

The Discovery Of Thassos

The colonization of the island marks the beginning of Thassos’ history. However, according to Herodotus, the father of history, the Phaetons had already made this place their home for a considerable amount of time. Herodotus asserts that the island was named after Thassos, the son of the Pharaonic monarch Arginor. He landed on the island, so the narrative goes, in search of his sister Europa, whom Zeus had abducted. As he could not go back home without Europa, he gave up and lived here on the island that has since then carried his name. He was fascinated by the pleasant climate and the lush greenery of the island. Therefore, according to Herodotus, this is how the island was discovered.

The Early Inhabitants Of Thassos

According to archaeological discoveries, the history of Thassos began in the prehistoric period. Tribes of the Thracian people were the island’s first recorded settlers. Later on,  Greeks from Paros inhabited the island in the seventh century BC after learning that it was covered in woods and rich in minerals, particularly gold and marble. Their primary source of wealth was trading, and they eventually founded settlements in Thrace. Around the fifth century BC, Thassos’ state rose to great power. The island then joined the Delian League in 477 BC, a group governed by Athens. 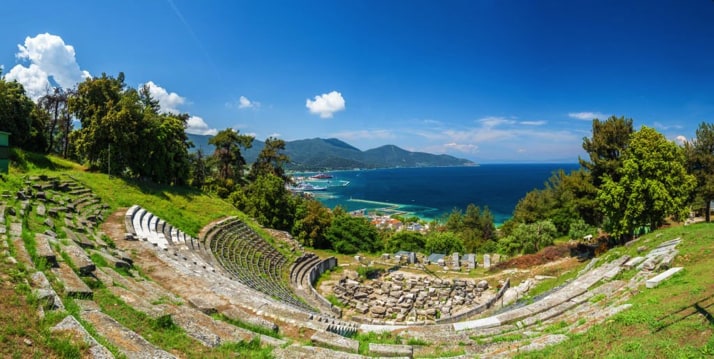 Religion Of Thassos In Mythology

The twelve gods of Olympus were the focus of the Thasians’ religion, as they were for all of the ancient Greeks. However, the patron god of the island was Heracles. Contrary to what people believe by the name, he was most likely not the Greek half-god Heracles (Hercules) but rather the Phoenician god, Melkarth. Furthermore, Poseidon, the deity of the sea, and Artemis, the goddess of hunting, both held a special in the religion of Thassos. Apart from them, Dionysus, the deity of wine, was worshipped alongside his Satyrs, Silenoi, and Maenads during ancient rituals.

At some point, Thasos arrived on the Island of Crete and reached a place that is the modern-day Thassos. He did not have the option to return without Europe, as that would have been a big failure on his part. Hence, he gave up and lived on the island after being mesmerised by the beautiful weather and the lush vegetation. Today, the city of Thassos is said to be named after him. 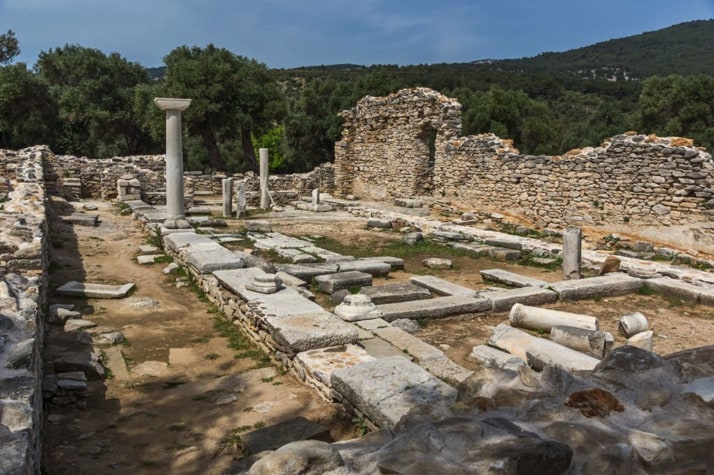 According to Greek mythology, Agenor was an ancient Phoenician King. As stated by Apollodorus, he was born to Poseidon and Libya in Memphis, Egypt, and had a twin brother named Belus. While Agenor travelled to Phoenicia and established himself as the king there, his twin brother decided to rule Egypt. Many names have been given to Agenor’s wife, including Telephassa, Argiope, Antiope, and Tyro; the city of Tyre gets its name from the latter. His sons included Cadmus, the ancestor of the Theban kings, Cilix, the ancestor of the Cilician kings, and Phoenix, the ancestor of the Phoenician kings. Zeus, having kidnapped his daughter, Europe, made her the ancestress of the Cretan kings.

The museum was renovated very recently after being originally built in 1934. Thousands of tourists from Greece and other countries visit the museum and are left awestruck by the display of the city’s rich history. It is ideally located next to the intriguing archaeological site of the Agora, which served as the hub of ancient Greek athletic, artistic, spiritual, commercial, and political life.

At the entryway is a statue of Kouros that is 3.5-meter tall and represents one of the earliest forms of Hellenic art. This statue is around 2600 years old and belonged to the altar of Apollo. This statue is among the top Museum exhibits because of its enormous size. 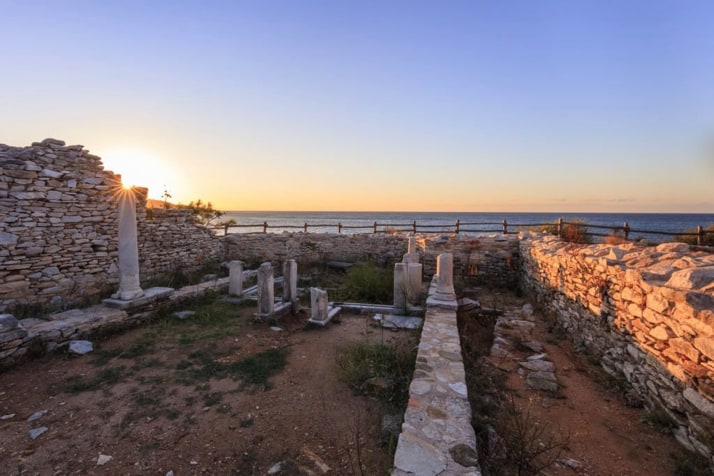 A selection of magnificent busts and other amazing sculptures are also on display for visitors to enjoy. The bust of Dionysus’s head, which depicts an intelligent Dionysus and dates to about 350 and 300 BC, is an amazing example. Other prominent examples are the bust of Pegasus (c. 500 BC) and the head of Panas (350–300 BC).

There are many more exhibits to see at this museum, including the statue of the Roman Emperor Adrian (c. 130 BC), the statue of Aphrodite with Eros and a dolphin, and a Cycladic dish, depicting the Corinthian hero Bellerofonte on top of the flying Pegasus (c. 7th century BC).