Top 10 family activities in Thassos:
In addition to the island’s array of beaches and traditional mountain villages, the island offers a wide choice of activities for all the family. Below are some ideas to help ensure you experience a memorable visit on our island. 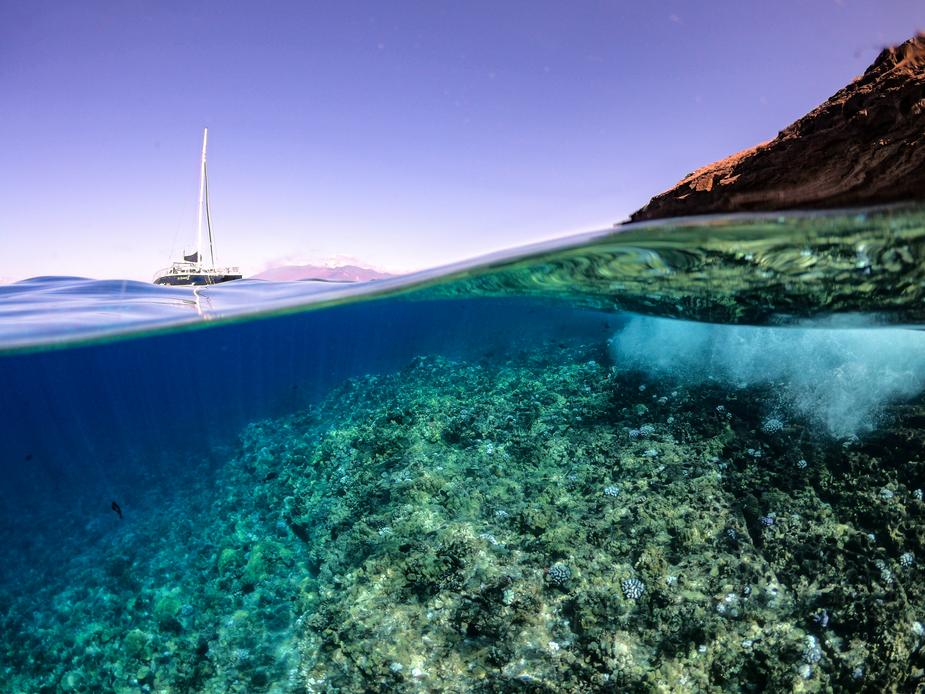 Boat trips are available from Thassos Town, Golden Beach, Limenaria and Potos. Lazily cruise the crystal clear, Aegean waters – swimming, fishing, relaxing and soaking up the sun. Become acquainted with the beautiful coastline and shores of the island and snorkel in some of the most secluded bays. Why not try your hand at catching your own fish for your BBQ lunch?

If you are looking to experience something special, then why not set sail on an impressive sailing boat! Choose an exclusive trip in a small group and discover some of the island’s hidden bays. Try fishing and snorkelling in some of most beautiful waters our island has to offer. Your personal skipper will take care of all your needs on board. You will be sure to visit some spectacular bays that aren’t accessible by car! 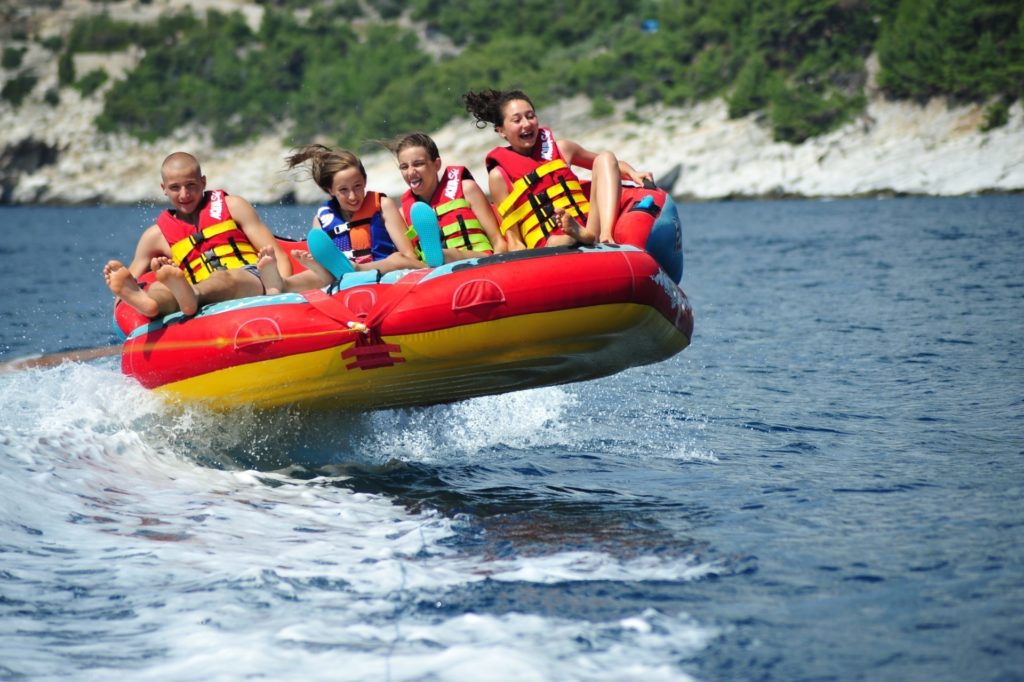 Whether you are looking to laze around on a pedal boat or seeking something more extreme such as parascending or jet skiing, watersports facilities can be found on several beaches – Golden Beach, Potos and Pefkari.

On Golden Beach you will find pedalos, canoes, wind surfing, banana rides, ringos, fly fish and inflatables such as sofas, etc. For the even more adventurous, you will find jet skis, parascending and flyboarding. It is also possible to rent a motor boat for up to 4 people for the day and explore the beautiful shorelines at your own pace. Pack a cool bag and picnic and while away the day… 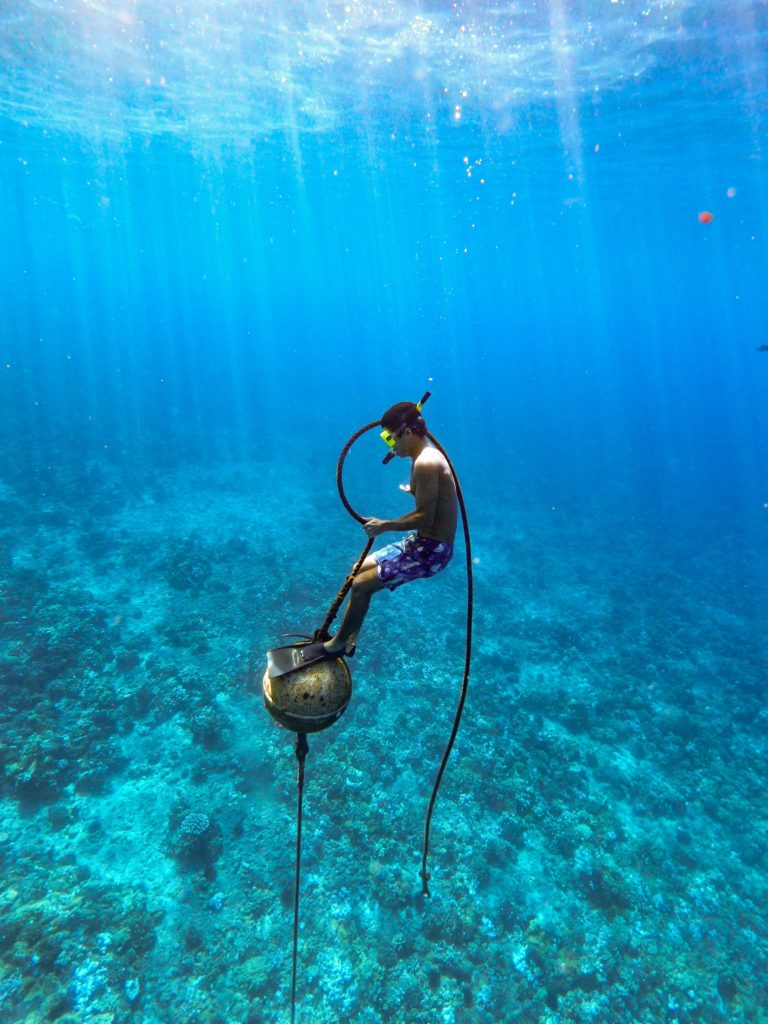 Take the opportunity to discover underwater Thassos and experience the diversity of its sea life. Dive Centres located in Thassos Town, Prinos, Potos and Limenaria offer a range of courses for all levels whether you are new to diving or an experienced diver who wishes to improve his skills. Both boat and shore dives are available with some of the most popular dive sites including the underwater rocks of San Antonio close to Potos, the Pefkari Rock and the Virgin Mary Island where divers can se the remains of an ancient wooden shipwreck. 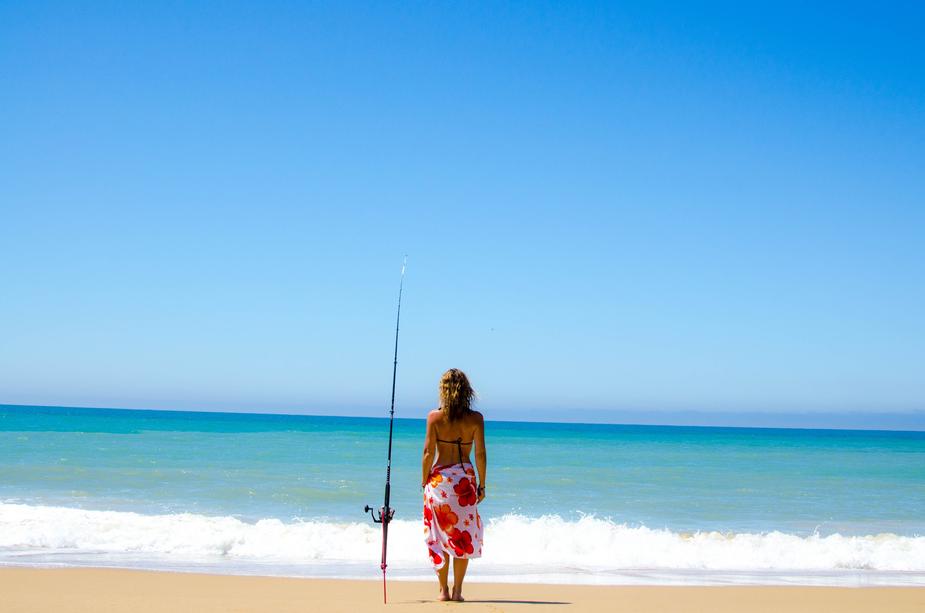 Whether you are looking to hire a small motor boat or just fish from the rocks, you won’t be disappointed given the large variety of fish that can be found in the waters around the island. Species range from squid, octopus, sea bream, lavraki “bass”, kefalos “grey mullet”, sardines…the list goes on!

The best time for fishing is after sundown or early morning, therefore, not only will you enjoy the fishing experience but “catch” a beautiful sunrise or sunset. Basic fishing nets can be found in many tourist shops and for those who are more serious about the sport, there are well equipped fishing shops in Thassos Town, Limenaria and Potos. 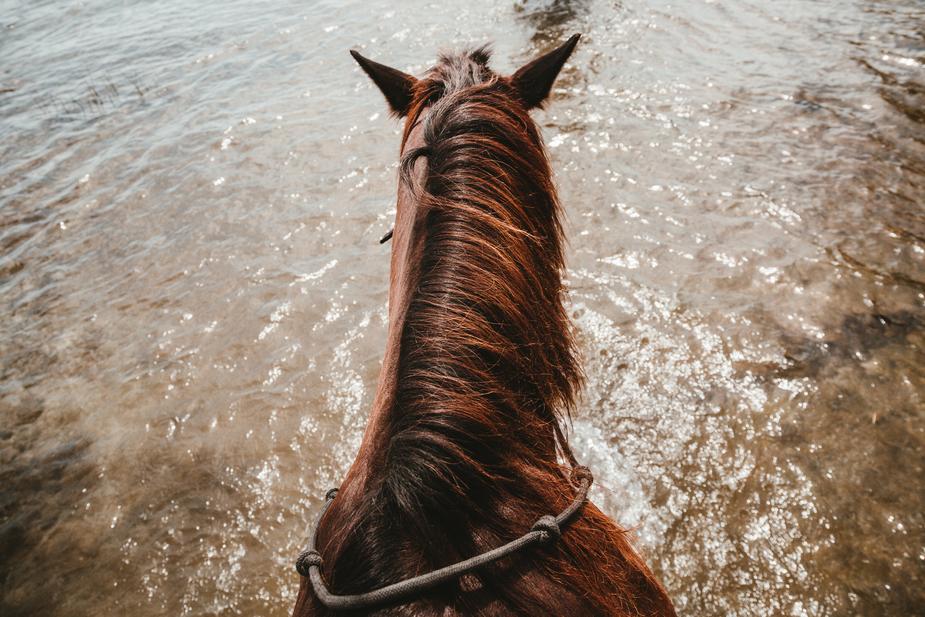 Located in Skala Prinos, the staff at the centre have years of experience in trainer certificates and sports such as show-jumping, three-day eventing, dressage and carriage driving and are also able to provide riding for those with disabilities.

Rides from 1-7 persons take place with an experienced guide along spectacular mountain paths or breathtaking beach trails. The routes are dependent on the group’s riding ability. Imagine riding along the shores taking in a spectacular sunset – a great experience for all the family! 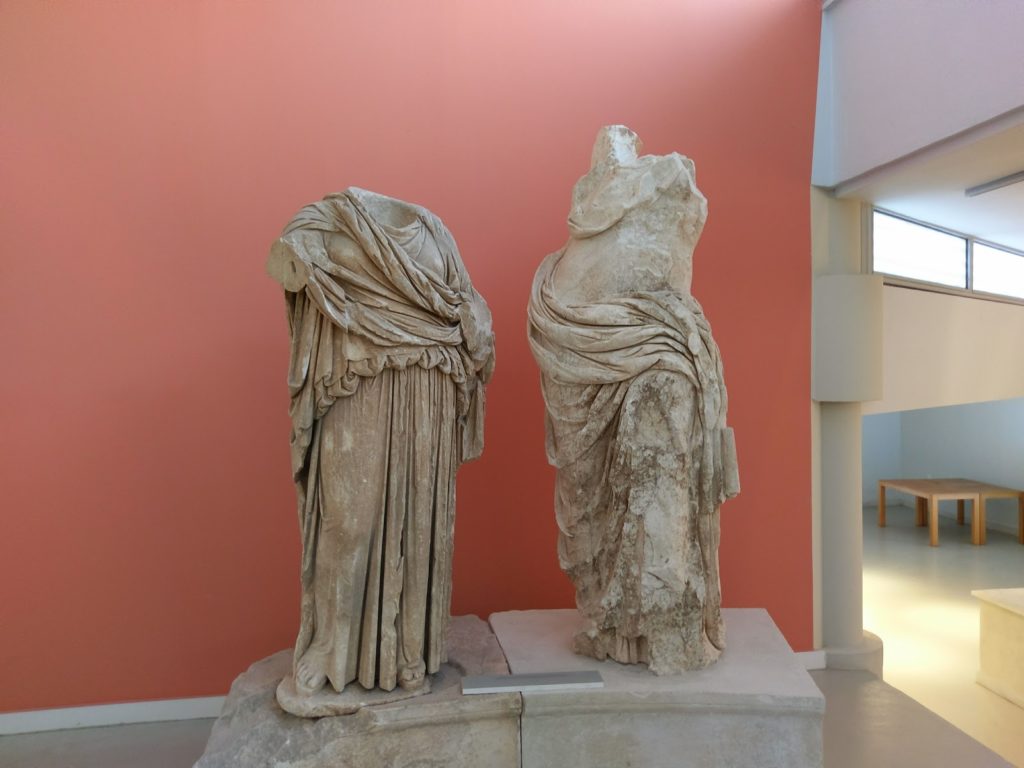 Above the old harbour in Thassos Town, set on the hillside, is the ancient amphitheatre. Built in the 3rd century BC and extended by the Romans in the 1st century, it is said to seat up to 3,000 spectators on tiered stone seating and was once used by the Romans for gladiatorial contests. Stone slabs set around the edge offered spectators protection from animals. Some of the seats have names carved into them, presumably having been reserved for wealthy or influential Roman families.

The amphitheatre is still used today, mainly for musical performances and plays during the summer months.  From here you can take in the panoramic views over the town and harbour below.

The Acropolis is located on the hillside above the ancient agora at a height of approximately 137m. The walls of the Acropolis were constructed by the first inhabitants of the island and have since been re-constructed and restored over periods of time.

Near the old harbour is the ancient Agora “market place”. The Agora was once the commercial and cultural centre of Thassos Town. It’s a large rectangular area once lined with buildings on three sides and a central courtyard flanked by colonnades and filled with statues and various altars to the gods.Not much remains today but the outlines of the buildings can clearly be seen and the odd pillar gives an idea of its former importance.

To the north of the Agora, are the ruins of the ancient temple to Dionysus which is thought to date back to the 4th century BC.

A stunning double bay, with unique beauty and historical importance dating back over 2000 years. Here, you will find the remains of a temple along with various other buildings as well as a 7th century altar. It is thought that the mining of marble from the 6th century BC to 7th century AD brought great prosperity to the area. 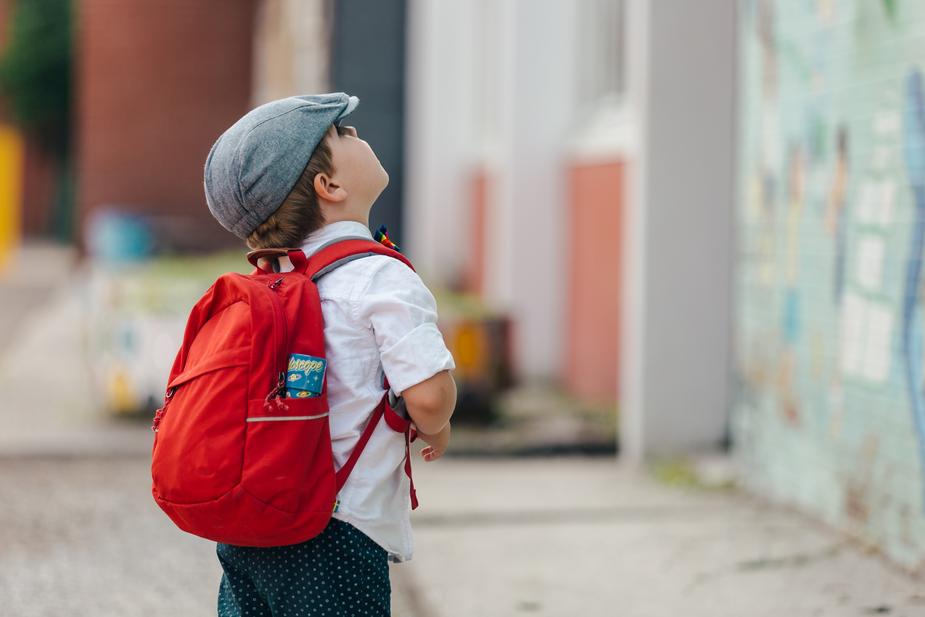 The Archeological Museum of Thassos

The museum houses invaluable archaeological exhibits. Located next to the ancient agora, “market place”, it’s an unexpected surprise which will give you a feeling of how life used to be more than 2000 years ago! Exhibits consist of sculptures, pottery and architectural remains from the Neolithic to the Roman period on Thassos.

The Vagis Museum in Potamia

In Potamia, the Museum of Vagis can be found exhibiting many of the sculptor, Polygnotus Vagis’, works in materials such as copper, cement, marble, granite, stone and wood. He was born in the village in 1882 and emigrated to the States in 1911. However, he never forgot his birthplace.

The Olive Oil Museum in Panagia

Olive oil has been produced at this family-owned factory for four generations. When it opened in 1915, the press was driven by water power. Waterwheels were turned by a trio of mountain streams that had been diverted to run through the mill. The main factory is now powered by electricity, however, the watermill still works – apparently the only one still functional in Greece- and can be seen in operation.

Learn about the traditional process of producing olive oil before electricity was available on the island. Many old photographs are displayed and the mill offers a great opportunity for visitors to learn about each process, from olive harvesting all the way through to bottling the oil.

The Museum exhibits show how olives have been pressed through the ages and explain how olive oil has become such an integrated part of Greek culture.

An outdoor exhibition boasts 40 types of olive tree and shows many ancient storage jars that were unearthed during construction work on the museum’s courtyard. Some of the oldest olive trees can be seen in the Prinos and Rachoni areas and locals will tell you that some of them are more than 900 years old. 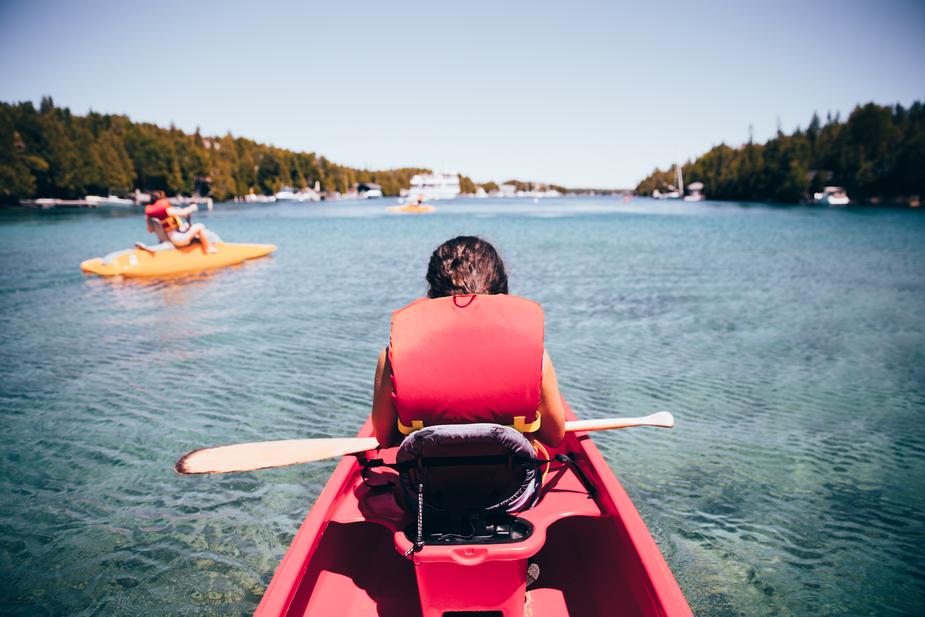 Porto Lagos is a small, coastal village located on the north eastern side of Xanthi among lagoons, valleys, forests and the Vistonida lake with over 300 different species of birds – little egret, flamingos, and the pygmy cormorant to name but a few.

The monastery of St. Nicholas, which has great religious and historical value, is located on the island of Lake Vistonida, near the village of Porto Lagos.

Close by, on the neighbouring island and connected by a small wooden bridge, is the Church of Panagia Pantanassa where you will find the miraculous icon of the Mother of God Pantanassa. Many people bring their whole families to come and worship this icon and ask for healing – especially those suffering from or who have been affected by cancer.

The Nestos is one of the longest rivers in Greece, approximately 230km in length. The forests surrounding the area are protected by EU Treaty and are said to have many rare species of flora and fauna which have survived here for centuries.

Alongside the river is the railway line which runs from Thessaloniki to Alexandroupoli. If you are keen on hiking, you can follow the path that runs parallel to the route formed by the railway lines. A visit to this well known path, even only in part, will give you the perfect chance to take in the captivating beauty of the area. You may even be lucky enough to see rare birds such as vultures, herons and eagles flying overhead.

For the more adventurous there is also the opportunity to enjoy the river by canoe!

We, at Potos Car Rental, actually allow you to take your car across to the mainland on the ferry – something which is not permitted by many other car hire companies. All we ask is that you please let us know of your intentions at the time of booking! 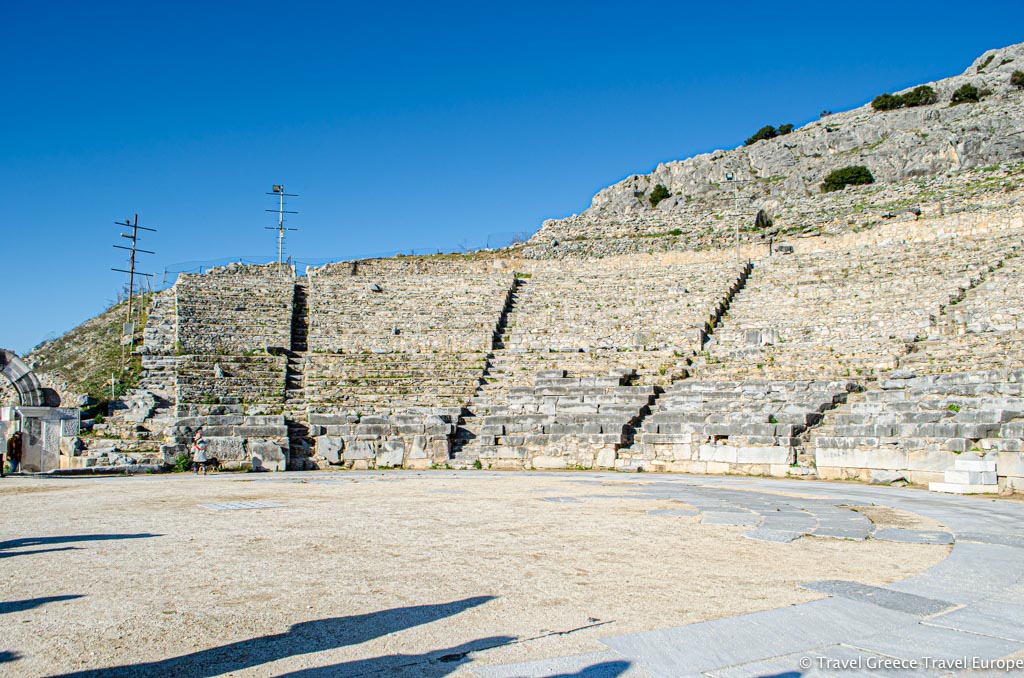 Take your time to absorb the historic atmosphere of the vast ancient city of Philippi. The largest and one of the most famous archeological sites in Northern Greece, it was founded in the 4th century BC by Philip II of Macedon, father of the Alexander the Great. This was the first Christian town in Europe where Paul the Apostle came to spread the word of Christianity. Step back in time and discover the magnificence of this ancient town with its theatre, basilicas, the prison of St. Paul, the roman agora and the cathedral of St. Paul.

Nearby, you will find the river of Lydia where the first European woman, Lydia, was baptized by the Apostle Paul. Even to this day, many baptisms and marriages are still performed here and its name day is celebrated on 20th May. 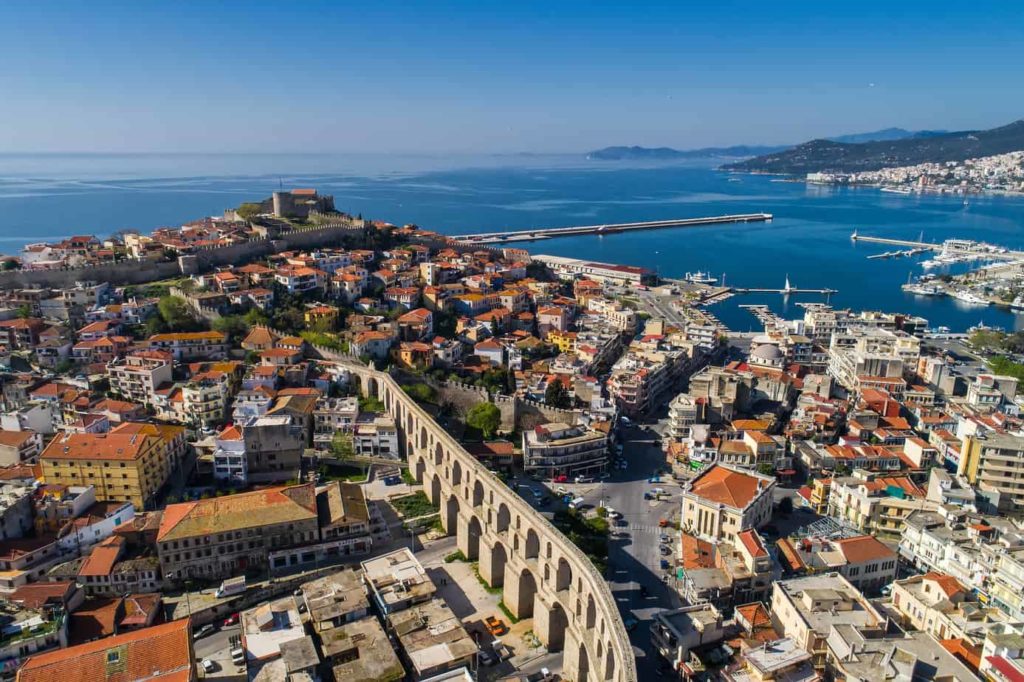 Just 15km away is Kavala, the capital of the region, which rises steeply from the bay it encircles, providing a stunning view of the Aegean. The city has a history that traces back many centuries having witnessed countless invasions and occupations that are noticeable when you visit the Byzantine castle that overlooks the city and sea below.

Back to the present day, you will find many brand name shops in the city centre. Kavala’s weekly market is held on a Saturday. Apart from fresh local food, it offers a variety of goods on sale – even clothes. You can also enjoy a coffee or lunch on the city’s sea front.

Don’t forget, we, at Potos Car Rental, actually allow you to take your car across to the mainland on the ferry – something which is not permitted by many other car hire companies. All we ask is that you please let us know of your intentions at the time of booking! 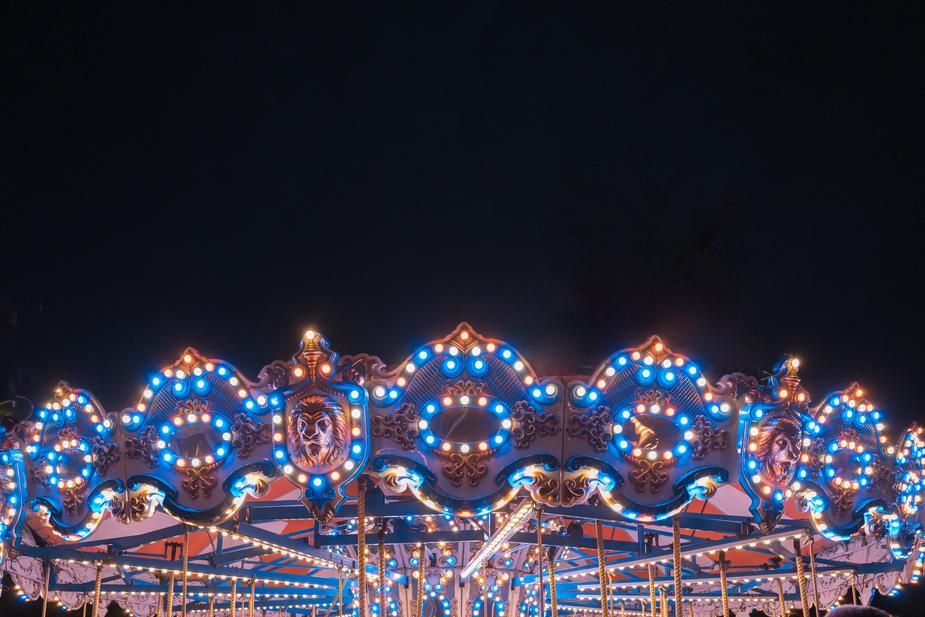 Departing from outside the Porto Marina Studios in Golden beach, the first stop is the Folk Museum in Skala Potamia which is housed in the building of “Tarsanas”and displays exhibits and photographs portraying the history of Potamia and Thassos. Also, traditional dance classes and exhibitions often take place here during the summer.

Next comes the the village of Potamia, where you can find the Museum of Vagis. The the last stop is in Panagia, where you can visit the Olive Oil Museum and the Church dedicated to St. Mary, which celebrates its name day on 15th August. Before returning to Golden Beach, enjoy a coffee in a local “kafenion” or meander through the small streets with shops selling local produce such as honey, lace and local sweets.

Have fun and let us know your personal favourite!